Situated off the old moorland Roman road known as The Street is a shrine to St. Joseph, the patron saint and protector of the Catholic Church. When the Goyt Valley was a flourishing community, the shrine was a popular destination for people seeking a peaceful place to pray. Now the villages and farms of the valley are long gone; vanished with the advent of the 20th century reservoirs of Fernilee and Errwood, and the monument seems somewhat isolated and forlorn amongst the pine trees. 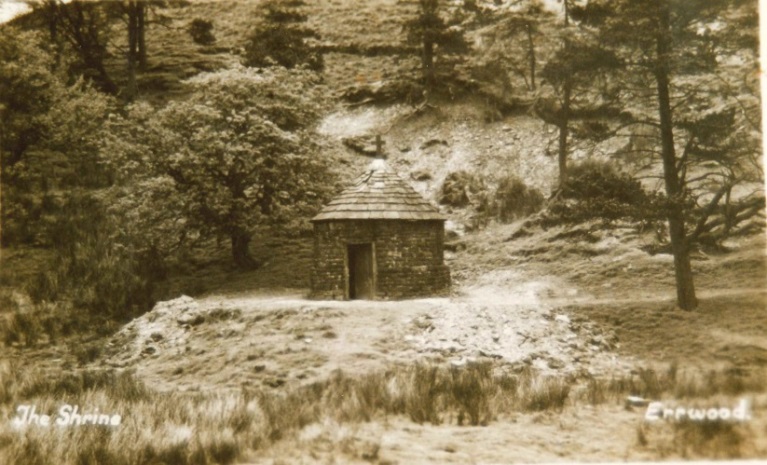 END_OF_DOCUMENT_TOKEN_TO_BE_REPLACED

Occupying an exposed spot by the side of Goyt’s Lane, this religious monument is a lonely mark of civilisation before the steep dip into the valley.

This little spot was captured in the mid-twentieth century by Harry Kingsley and now belongs to the collection of Buxton Museum. He sets the monument against a distinctively gloomy sky. Do you think the scene has changed much? 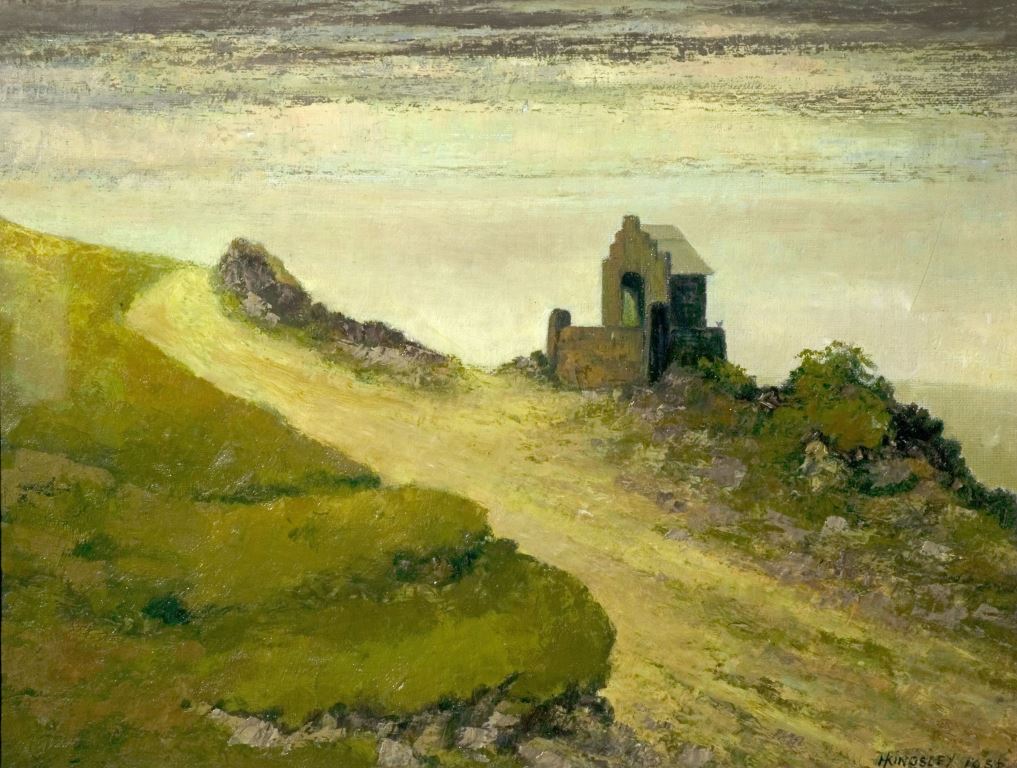 END_OF_DOCUMENT_TOKEN_TO_BE_REPLACED

You are standing near the place where this stone head was found in a garden wall in the 1970s. Although it is not possible to be sure that this head dates from the Iron Age, it has many features associated with Iron Age stone heads including a simple form, flat face and nose, lentoid eyes, abstract features and a lack of facial expression. Another characteristic is the flattened head, possibly for the placement of votive offerings.

The Russet Well, which is in a private garden nearby, produces clear spring water that discharges into Peaks Hole Water.  Our stone head may have formed part of a shrine where Iron Age farmers made offerings and sacrifices, perhaps as part of a springtime ritual.  The Hope Valley is known to have been settled and farmed in the Iron Age, probably much earlier, and the imposing hillfort at Mam Tor originated in the late Bronze Age, around 1100 BC.

END_OF_DOCUMENT_TOKEN_TO_BE_REPLACED

Some friends and I looked into the Thor’s Cave dolphins years ago. We wondered whether the bones were brought there for ritual/worship. Possibly from the East coast via The Humber, as our rivers end there. There is a Goddess called Nehellenia/Nehalennia, a variant of the Goddess Hel or Holle, after whom Holland was named. German verb ‘helan’ – to hide. She is the Goddess of healing, death and rebirth. Nehellenia was invoked by sailors before they crossed the North Sea. Altars and artefacts dedicated to her were found in Holland after the great storm in 1646. Soil that had buried them was washed away. Two coastal shrines were found at Domburg and Colijnsplaat in The Zealand region.

Standing on the path you should be able to see the entrance to Thirst House Cave in the hillside above you.

The cave was initially excavated in the 1880s and 1890s by two local men, Micah Salt and Robert Milletts. Micah, and his son William, also excavated the entrance and the scree slope outside.

Pottery, coins, bronze jewellery, and a series of burials outside the cave entrance, showed that the cave had been used during the Roman period. The style of the objects suggest that the cave was occupied between 100-160CE, and at a later date between 240-280CE.

The presence of the burials with fine jewellery, and a natural spring nearby, could mean that the cave was used as some sort of shrine during this period.

END_OF_DOCUMENT_TOKEN_TO_BE_REPLACED

In the centre of the East – West roadway lie the remains of a small square building. This is the Principia or Command and Administration headquarters. The Principia was also the spiritual centre of the fort and the central room would contain the regimental shrine as well as a sunken pit which acted as a ‘strong room’ for the regimental pay chest. The money was kept here as a deterrent to thieves who would be committing sacrilege if they stole from the shrine. 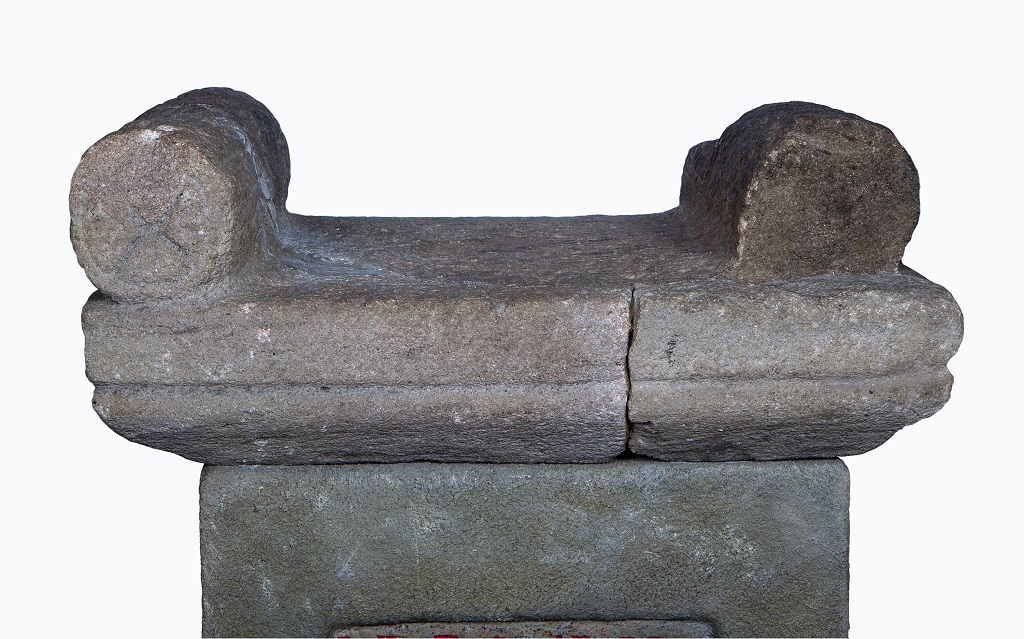